Buffalohair, An Epitaph to a Once Proud Nation?


An Epitaph to a Once Proud Nation?

‘We The People’ have been replaced with ‘We the corporate shills of the Bilderberg Cartel’. President Dwight D. Eisenhower warned America about the impending threat of the military/industrial complex but nobody listened. Now both the Democratic and Republican Parties no longer represent the voice of Americans but the vested interests of a hand full of global oligarchists. Democracy has officially died and nobody cares.


It is debatable: who actually was the last President of the United States of America. Was it Dwight D. Eisenhower or was it John F. Kennedy? Eisenhower did manage to finish his term in office while giving us a stern warning about the rise of the Bilderberg’s military/industrial complex. But it was Jack Kennedy who took the fatal bullet because he planned to end the war in Vietnam. In stark contrast it was President Lyndon B. Johnson, JFK’s Vice President, and his wife Claudia or ‘Ladybird’ who amassed a personal fortune from their investments in this sham but lucrative war marking the end of true Democracy in America.

With the ‘fix in’ within American politics both the Democratic and Republican parties began to change ever so minutely with each presidential election. Though they appeared to be diametrically opposed to one another their directions ultimately flowed in the same stream. The only real difference between both parties at this juncture is that one party is covert while the other is overt in their push for the New World Order. Forget about all the gushy speeches and the bold faced lies because talk is cheap and inaction speaks louder than words.

The Bilderberg Group was the spearhead of the military industrial complex provided you were paying attention. Their rolls ‘coincidentally’ include heads of the mainstream media, military contractors, a multitude of corporations and leaders of the once free world. Democracy and humanity have long since disappeared from the face of the planet and now civil society is a pipe dream but sounds off in speeches. The election of 2012 is nothing more than a changing of the guard since the two main candidates are corporate shills. The voice of the people is of no consequence to the corporate owned media and other candidates are just folly for talking heads before commercial breaks.

The only hope for America and democracy as a whole would be the election of a write in candidate. But that will never happen since the corporate owned media only promotes the two corporate candidates. Ron Paul is only one of many ‘other’ candidates and it would behoove the American electorate to explore other presidential candidates if ‘we the people’ expect to salvage this nation from corporate tyranny and the fabled New World Order. It would also be nice if all the disenfranchised and apathetic voters were to make their voices heard this November since only a hand full of well organized investor/voters are choosing our leadership. And its all about the money paisan, capice?

Contrary to popular belief, you don’t simply throw your vote away if you vote for someone other than the two corporate stooges. You make your voice heard and if the election is close between the two stooges they will have to pander to the other candidates and offer concessions to garner their electoral votes, think about it eh. It would also send a message to the elitists that; ‘We are mad as hell and we are not gong to take it anymore!’, to coin a phrase. If everyone voted we might just turn this country around and get someone who truly is an American Patriot, not a screw that was hand picked by elitists. Just remember that apathy is a tool of the corporate ghouls who’ve hijacked this nation and if you sit on your duff thinking your vote does not count then the epitaph of this nation will read;

“Here lies a once proud nation, Democracy, and The Constitution of the United States of America; Victims of globalization/colonization, and corporate greed”

About Us: Buffalohair Gazette International and Ann’s Survival Journal Collection! Greetings To our new home ! As we get settled in, we are exploring a bit ourselves What new features will we bring you. What were some of the best features of my Journals? What helped you the reader, the most? Sit back and relax as we take you around the World , into every field of thought and discovery. Read the newest update in the World News of what is really happening, that you seldom see or hear about. News that makes you stop and think. Stories that will break your heart. Stories that will make you laugh. Ann / Jage http://littlerunningdeer.wordpress.com/ 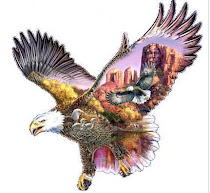 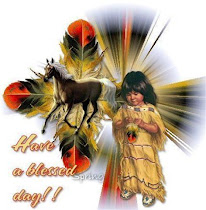 Click ->DeafHope To find out how you can donate $5 to help stop Abuse to Deaf Woman and Children
I stopped by Indigo’s Journal and found this link to share with everyone! 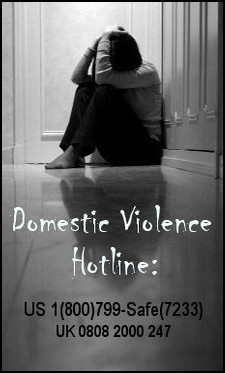